Some of the events, conferences, publications and projects we have worked on are listed below. Some other projects are not listed as we must respect client confidentiality in sensitive areas.

COMPETITION ADVOCACY TRAINING AT THE FAIR TRADING COMMISSION IN JAMAICA

On March 19 and 20, Paolo Buccirossi and Salvatore Nava will be in Kingston, Jamaica, to deliver a training to the officials of the Jamaican Competition Authority (FTC). The training will conclude the assignment, which entailed identifying gaps in the advocacy efforts carried out by the FTC in recent years and devising an advocacy strategy for future initiatives. END_OF_DOCUMENT_TOKEN_TO_BE_REPLACED

END_OF_DOCUMENT_TOKEN_TO_BE_REPLACED 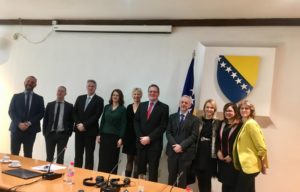 Meeting on the final results of the project: “Enhancing Public Procurement Practices in Bosnia and Herzegovina”

On 26th of February 2019, the Final Meeting of the Project “Enhancing Public Procurement Practices” took place at the Parliament of Bosnia and Herzegovina (BiH) in Sarajevo. The Project was financed by the EBRD, through UK Aid funds, and was implemented by Lear in partnership with the Bosnian company PPG Ltd. END_OF_DOCUMENT_TOKEN_TO_BE_REPLACED 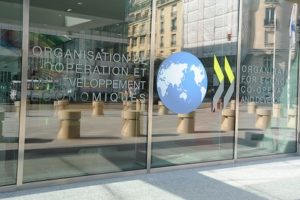 The first Competition Open Day event will be held at the OECD Headquarters in Paris on the 27 th  of February 2019. This event will offer a unique opportunity to discuss cutting-edge topics recently addressed by the OECD Competition Committee END_OF_DOCUMENT_TOKEN_TO_BE_REPLACED 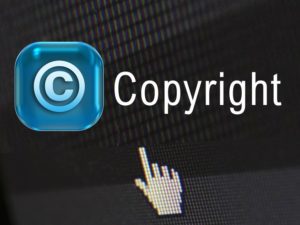 Vimeo ordered to pay damages to RTI for copyright infringement

On January 10, 2019 the Tribunal of Rome issued a judgement in a case between RTI (Mediaset Group) and Vimeo LLC. The Court found that Vimeo had infringed RTI’s copyrights by publishing on its portal audiovisual content drawn from RTI’s programs and awarded RTI damages for 8.5 million euros. END_OF_DOCUMENT_TOKEN_TO_BE_REPLACED 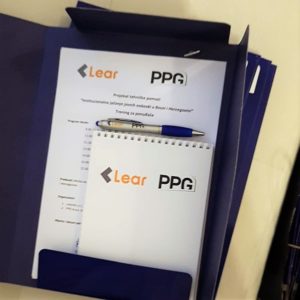 Lear, together with our Bosnian partner PPG d.o.o., is organizing two trainings on complaints in public procurement targeted to the private sector and contracting authorities. END_OF_DOCUMENT_TOKEN_TO_BE_REPLACED 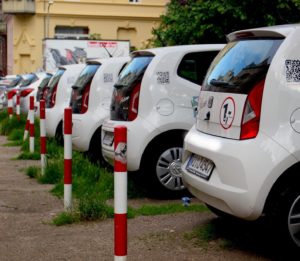 ALLEGED HORIZONTAL AGREEMENT IN THE MARKET FOR OPERATING LEASE IN ROMANIA

Lear is assisting the Association of the Operational Leasing Companies (“ASLO”), an association of companies providing operating lease of motor vehicles and related services in Romania, investigated by the Romanian Competition Council for having allegedly enabled an exchange of sensitive and detailed commercial information among its associates. END_OF_DOCUMENT_TOKEN_TO_BE_REPLACED 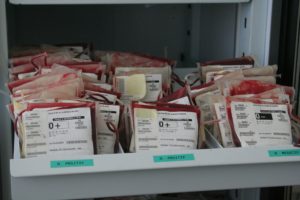 On December 12, 2018, the Italian Competition Authority (ICA) found that the agreement between Grifols and Kedrion to submit a joint bid for the contract manufacturing of plasma therapeutic products derived from blood donations was not anticompetitive, but rather enhanced the welfare of the Italian Healthcare System. END_OF_DOCUMENT_TOKEN_TO_BE_REPLACED

LEAR’s activity 2018: proceedings before the ICA

This year was another great year for Lear’s activity. We have assisted several firms in nine proceedings before the Italian Competition Authority for alleged breaches of antitrust legislation in different markets, such as telecommunication, transport and electricity. END_OF_DOCUMENT_TOKEN_TO_BE_REPLACED 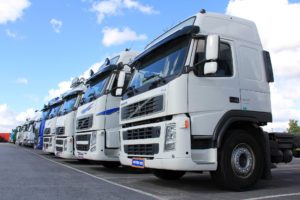 Lear has extended its involvement in the action for damages against the six trucks manufacturers sanctioned by the European Commission for a price-fixing agreement in the market for medium and heavy trucks. After supporting the first legal action in Italy, Lear has been involved also in an action for damages put forward by 39 Slovak hauliers.

Should you wish to learn more about Lear media and communication, please feel free to contact Silvia Caporale at silvia.caporale@learlab.com or call +39 06 68300530.