In this area you can find our insights into competition policy matters and public procurement issues.  Have a look at our post below. 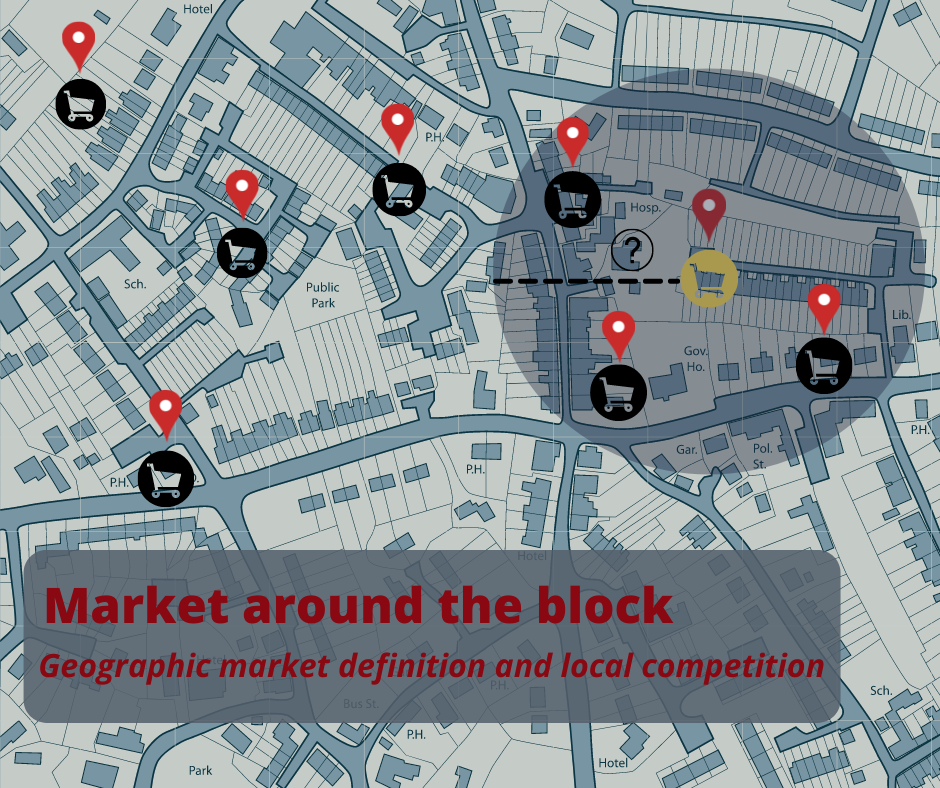 MARKET AROUND THE BLOCK: Geographic market definition and local competition

When consumption of a good entails transportation costs for end consumers, competition among suppliers of that good is likely to be at a local level. This is the case, for instance, in the markets for the supply of retail grocery: consumers balance the cost they bear or perceive for transportation against the utility they expect to obtain from their grocery purchases and end up restricting their attention to certain local suppliers. In other words, transportation costs limit the geographic extension of the markets.

The definition of the relevant geographic market can be tricky in these cases that involve local competition, and where the exact geographic scope of the relevant market depends on consumers’ willingness to move.
END_OF_DOCUMENT_TOKEN_TO_BE_REPLACED 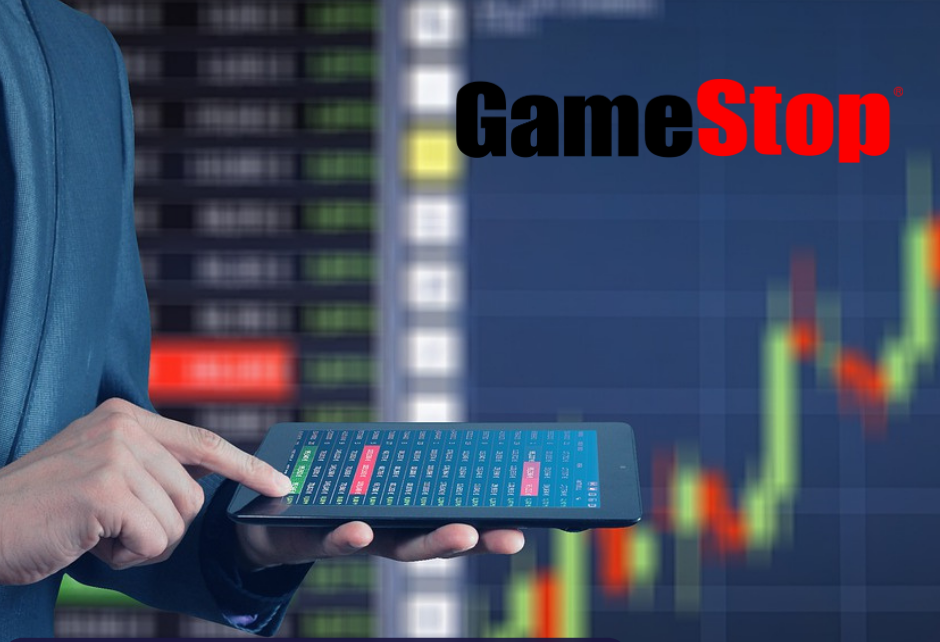 ALGORITHMIC COLLUSION? NO, THANKS: THE GME CASE

If competing companies’ managers meet in a room behind closed door to discuss and coordinate about their future strategies, they infringe the law. They can be accused to form a cartel, which is illegal. A cartel is a secret agreement between competing firms which coordinate on strategies to manipulate the market and gain supra-competitive profits. Consumers and other firms pay the bill. Competition authorities around the world struggle to uncover and fight cartels as they are kept secret: colluding managers hide their misbehavior, and it is difficult to observe its effects in the market. Further, collusion usually occurs among few players: the higher the number of participants, the harder to find a focal point, the harder to maintain it and to discover deviators. END_OF_DOCUMENT_TOKEN_TO_BE_REPLACED 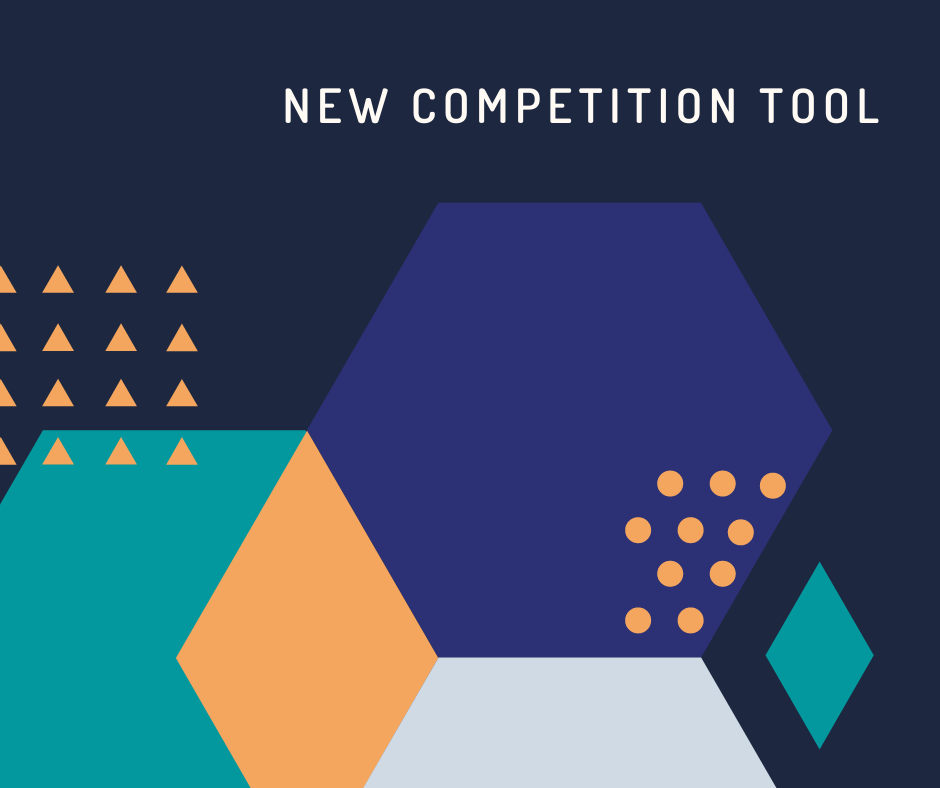 In early June, the Commission launched a public consultation for a New Competition Tool designed to address perceived gaps in EU competition law, especially when dealing with digital markets. The outcome of that consultation, including the Commission’s proposal, is expected to be published in the coming weeks.

Indeed, digital markets present certain features that make them prone to the emergence and persistence of market power. Network effects and a tendency to single-home, especially on the user side of platforms, contrive to make many digital markets susceptible to monopolization; data has emerged as an asset that provides an unmatchable competitive advantage to those that hold it; control over large user bases makes certain digital platforms indispensable trading partners for business users; further, digital companies often have a conflicting dual role as they operate both as platforms and as a business user over the same platform. So far, the existing competition law framework and the enforcement of competition rules by the European Commission and national competition authorities have proven to be somewhat ineffective in facing these challenges. END_OF_DOCUMENT_TOKEN_TO_BE_REPLACED 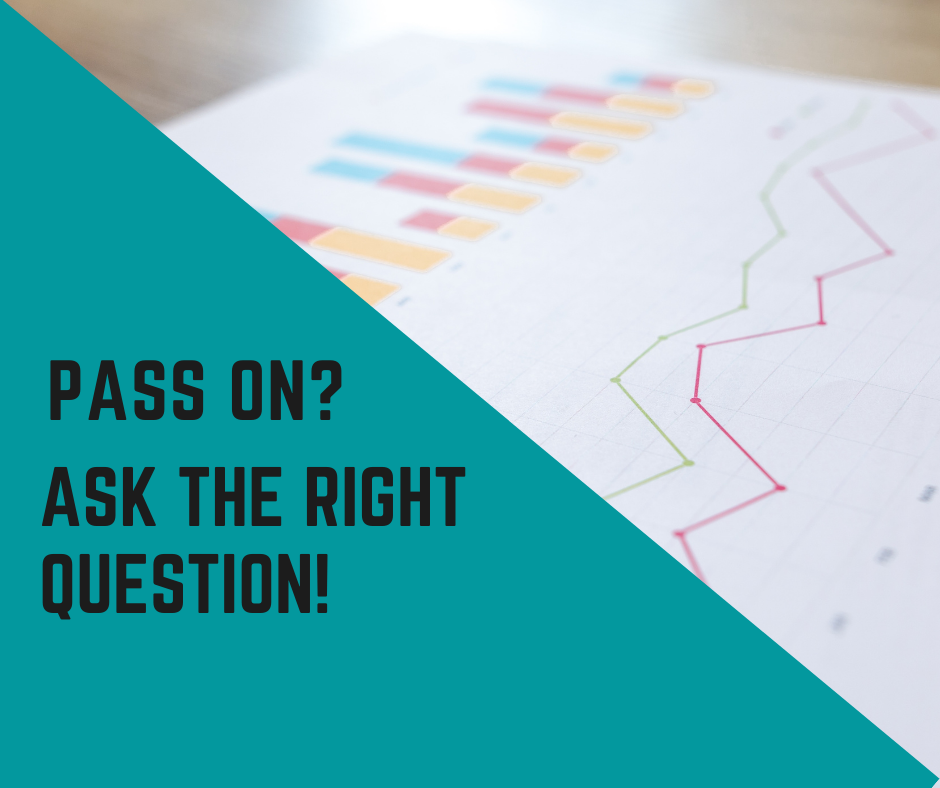 PASS ON? ASK THE RIGHT QUESTION!

by Paolo Buccirossi and Alessia Marrazzo

We surfed the web looking for a nice quote pointing out the importance of asking the right question and we were spoilt for choice. It seems that most thinkers, whatever their field, had something to say about it. Then we found a sentence that fits our purpose perfectly. It goes: “We thought that we had the answers, it was the questions we had wrong”. Its author is Bono, the U2 frontman. Maybe he’s not the best authority, compared to Einstein, Cantor, Jung and the others. But that is our choice.

In (almost) every action for damages involving an overcharge, such as that likely caused by a cartel, sooner or later the pass on theme will emerge. Parties, experts, and judges ask the following question: did the direct purchaser of the product whose price was inflated pass on the overcharge to their customers? The question is further articulated in order to ascertain if the direct purchaser had the ability and the incentive to do so. END_OF_DOCUMENT_TOKEN_TO_BE_REPLACED 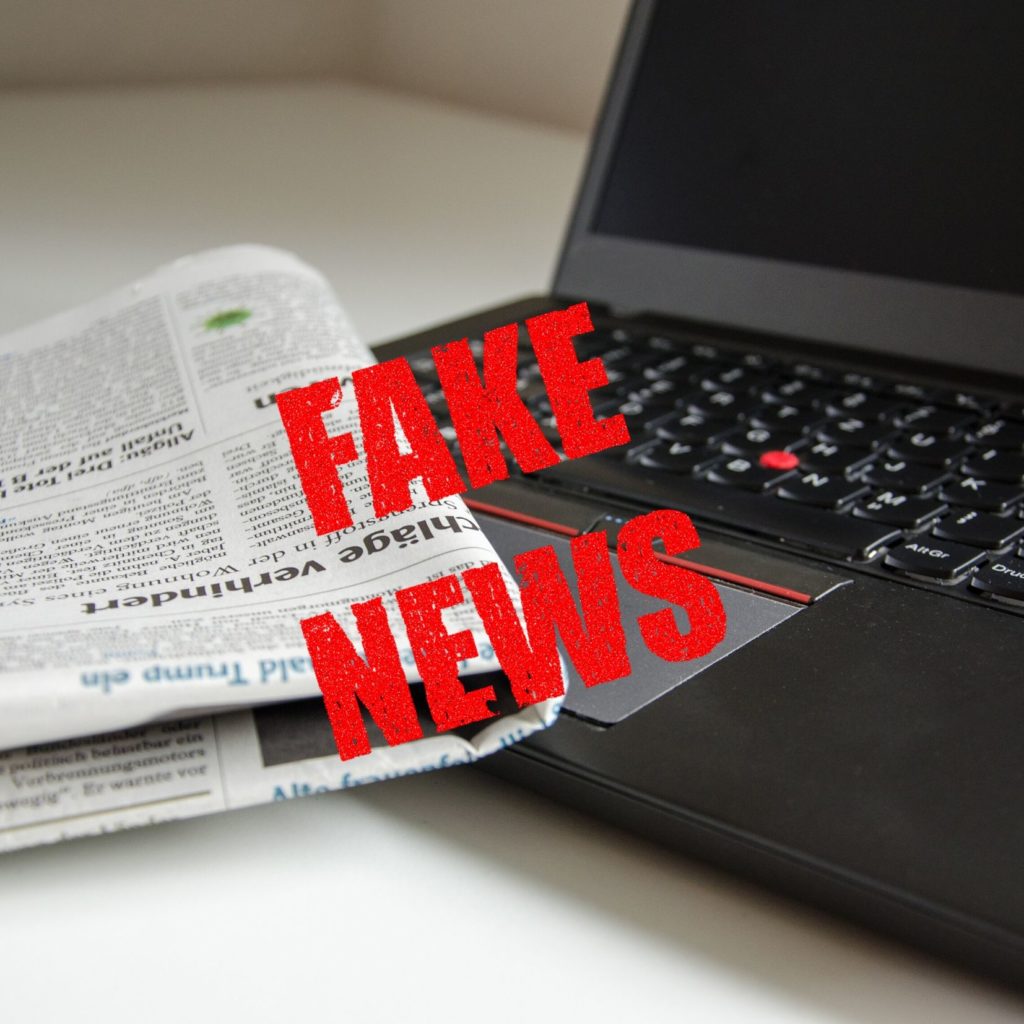 FAKE NEWS: IS THERE ROOM FOR PUNITIVE DAMAGES?

The spreading on the Internet of false and derogatory information can cause considerable damages. Companies have various means to protect their interests against the risks posed by fake news. They are: continuous monitoring of the network, timely communication initiatives to contrast the negative effects of derogatory information, and legal actions to obtain the removal of the news and the deindexing of the sites that host it. As a last resort, companies can ask for damages.

The quantification of the damage can rely on the typical general approach. It requires the identification of a counterfactual scenario that describes the profits the company would have earner if the fake news had never been released. Then, through the comparison between the factual world and the counterfactual one, it is possible to quantify the harm caused by the fake news. Damages calculated in such a way aim to compensate the company for the loss they suffered. END_OF_DOCUMENT_TOKEN_TO_BE_REPLACED

TECH-OVER: AN OVERVIEW OF MERGERS AND ACQUISITIONS IN DIGITAL MARKETS

Companies active in digital markets are remarkably involved in mergers and acquisitions (“M&A”), constantly seeking out interesting start-ups and purchasing them.
One common concern raised by these transactions is that they may have the objective of preventing the target company from ever becoming a competitive threat. This may be especially problematic in the context of digital markets, where, due to network effects, often competition is for the market rather than in the market and where, the competitive threat exerted by small market players or potential entrants is essential to discipline incumbents’ market behavior. END_OF_DOCUMENT_TOKEN_TO_BE_REPLACED 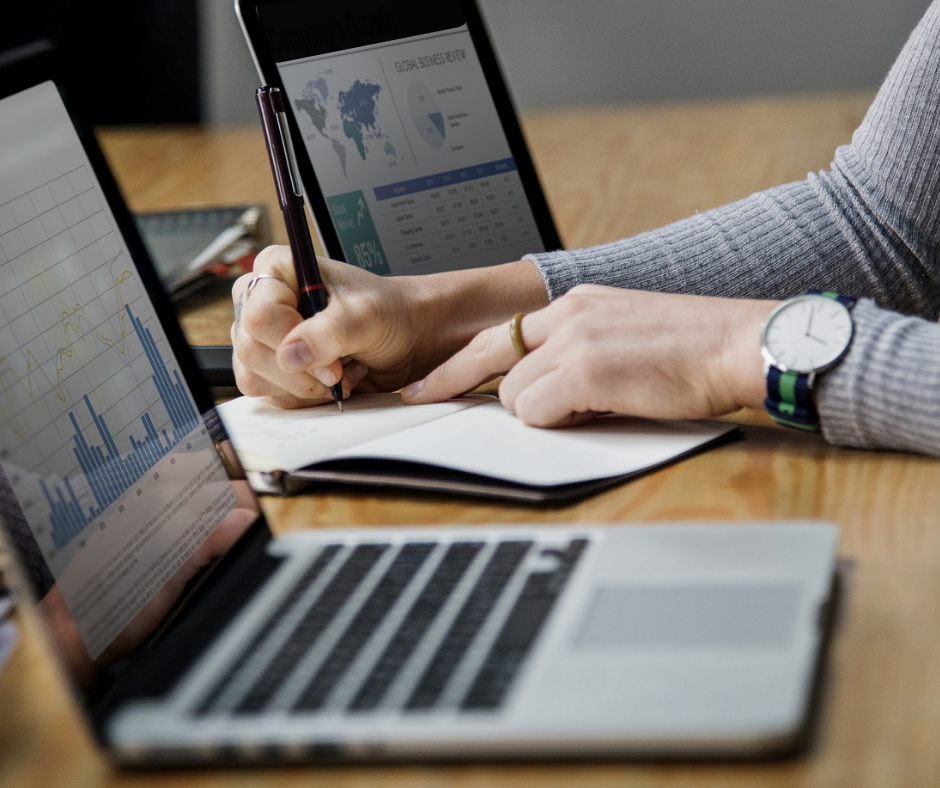 DETERMINING THE MODE OF COMPETITION IN PUBLIC TENDER

Public procurement is an increasingly critical function for government worldwide. It represents a significant share of a country’s GDP and, considering its magnitude, any related decision can influence the level and structure of competition in a market. Being a founding principle in government procurement, competition should always be guaranteed. When designing a public tender, there are a variety of factors that have an impact on the intensity competition, such as choice of the procedure, selection criteria, number and size of lots, modality of advertisement of procurement notices, deadlines for submission of bids, and/or award criteria. These factors not only determine how fiercely bidders will compete but also on which dimension they will do so. END_OF_DOCUMENT_TOKEN_TO_BE_REPLACED 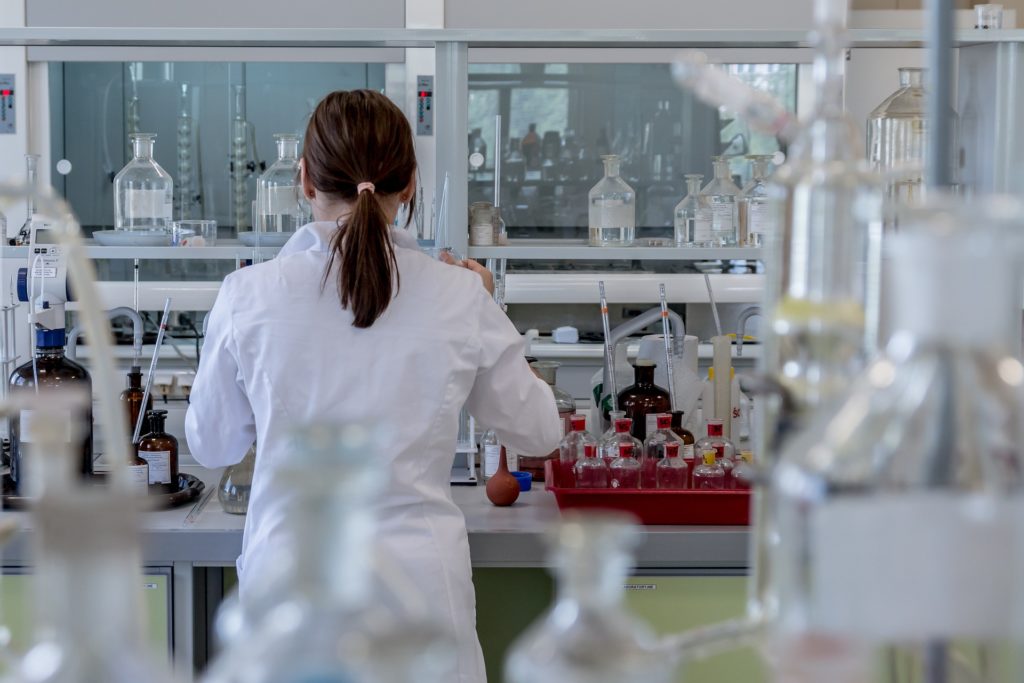 COMPETITION AND COOPERATION: how to evaluate joint- bidding

On December 12, 2018 the Italian Competition Authority (ICA) found that the agreement between Grifols and Kedrion to submit a joint bid for the contract manufacturing of plasma therapeutic products derived from blood donations to a consortium of Italian Regions led by Emilia Romagna, was not anticompetitive, but rather enhanced the welfare of the Italian Healthcare System. Lear assisted Grifols in the proceedings and its economic analyses have been key to demonstrate that the agreement with Kedrion did not breach Article 101 TFUE. END_OF_DOCUMENT_TOKEN_TO_BE_REPLACED 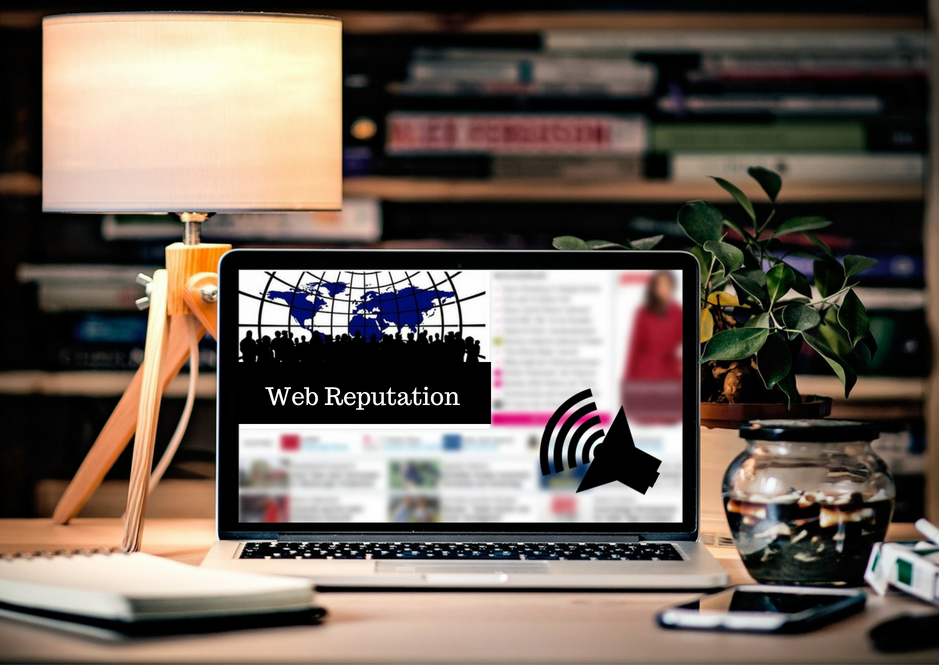 Denigratory news spread through internet can seriously hurt firms. However, firms can claim damages. To this end, they have to show the extent of the damages, as well as the existence of a causal relationship between the practice and damages. This burden of proof may be satisfied with the help of economic analysis.
To determine the negative effects of denigration, it is essential to understand how reputation affects the ability of a firm to generate income. First of all, reputation affects consumers’ decisions: brand and reputation are crucial elements of a firm’s marketing strategies and often represent its most valuable assets. END_OF_DOCUMENT_TOKEN_TO_BE_REPLACED 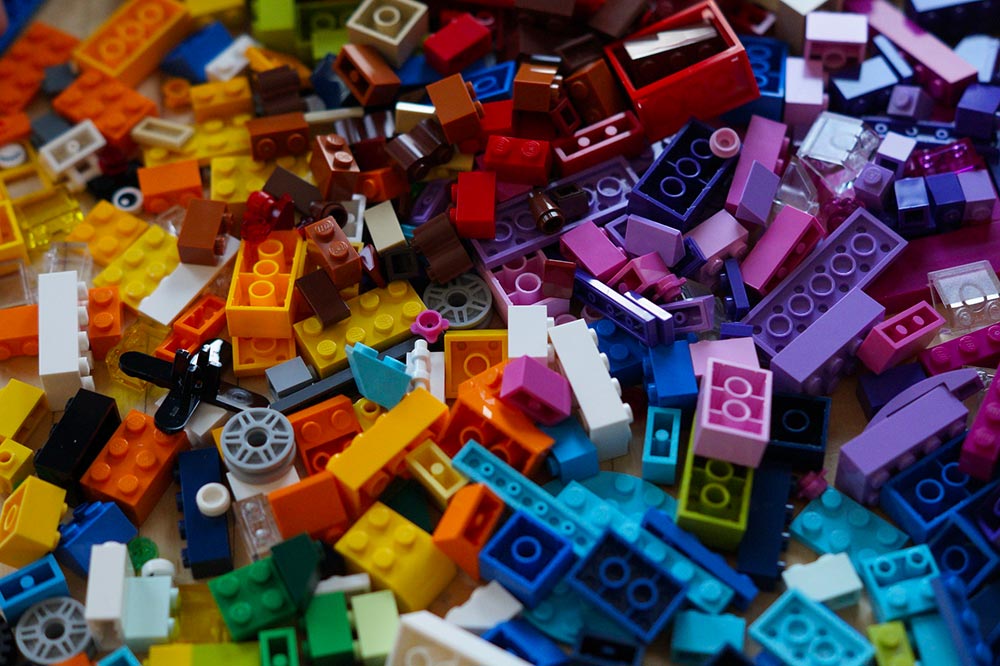 CAPACITY BUILDING: is it only a matter of training?

For a better understanding of the role of investments in capacity building, it is crucial to clearly define capacity building in all its various aspects. Quite often, the notion of capacity building is associated to the idea of increasing or developing skills and competencies at an individual level, i.e. training of staff.
Capacity building is a much broader concept that should be considered from a systemic perspective, which involves different clusters, as individuals, organizations, institution and society.