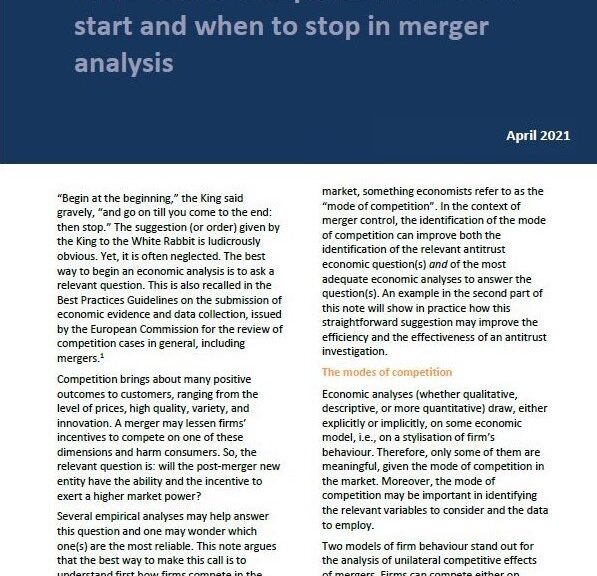 “The best way to begin an economic analysis is to ask a relevant question. In a merger analysis the relevant question is: will the post-merger new entity have the ability and the incentive to exert a higher market power? But which analyses are best suited to answer these questions? This note argues that the best way to make this call is to understand first how firms compete in the market, something economists refer to as the “mode of competition”. In the context of merger control, the identification of the mode of competition can improve both the identification of the relevant antitrust economic question(s) and of the most adequate economic analyses to answer the question(s).” 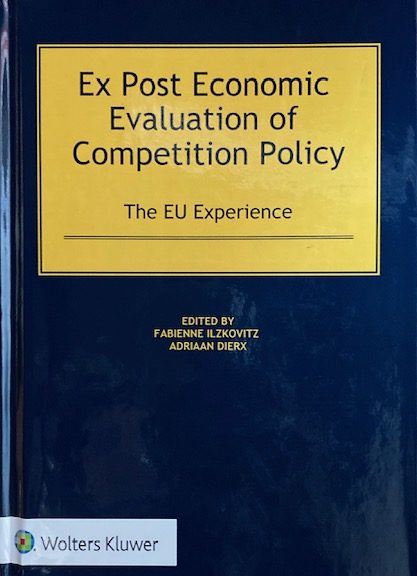 The publication contributes to a better knowledge of the economic impact of this policy, which is essential for the good functioning of the internal market in the European Union. Competition authorities are increasingly interested in understanding the impact of their activities on markets and consumers. The goal is to improve competition policy rules and decision-making practices and to get robust evidence on the benefits of competition and competition policy for society as a whole. Discussions with competition authorities, practitioners and academics have shown the need to take stock of the experience gained in this field by the European Commission and to present it in an easily accessible way. 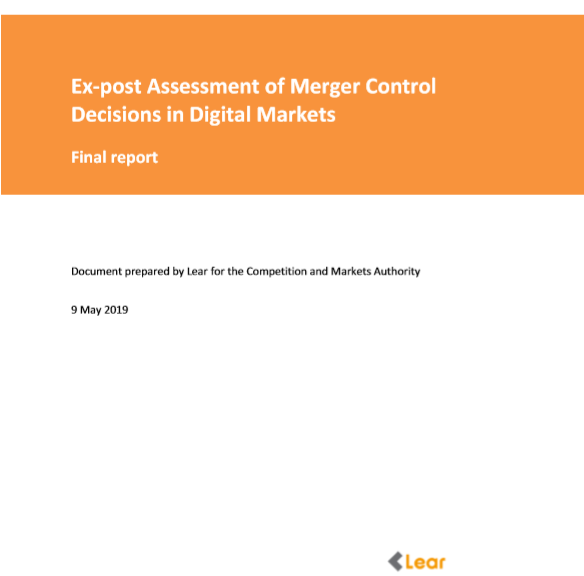 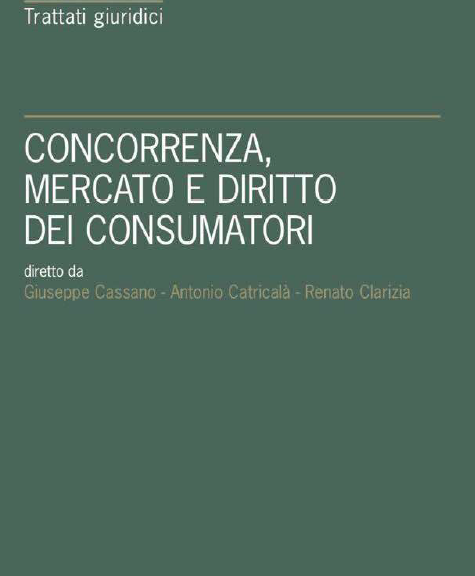 The volume aims at providing a comprehensive view on competition law and consumer protection, also in light of the most recent case law. The volume also looks at the interaction between law and economics when it comes to competition matters. Paolo and Salvatore have written two chapters, one on the role of economics in merger control; and the other on the broader theme of the role of economics, and economists, within antitrust proceedings. 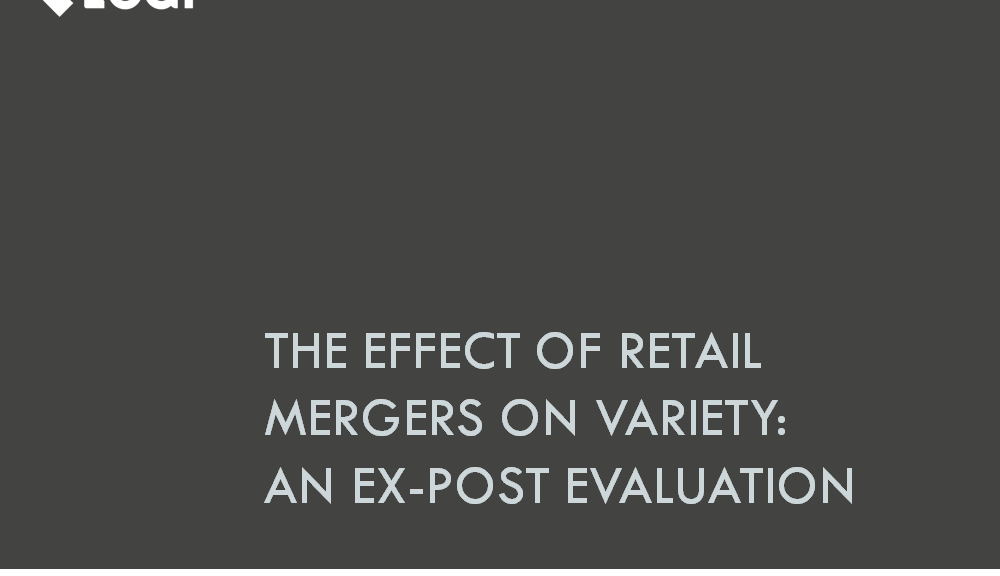 This presentation includes a qualitative and a quantitative analysis and examines the effect of the mergers on different dimensions of competition: price, product variety, provision of qualitative and ancillary services. END_OF_DOCUMENT_TOKEN_TO_BE_REPLACED 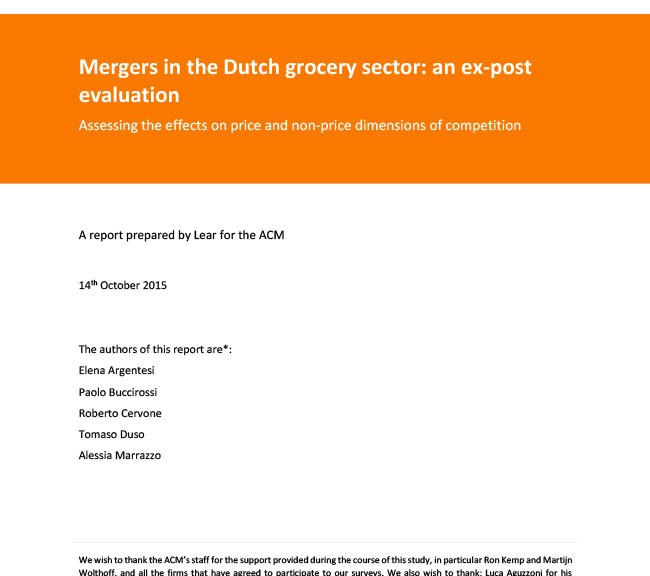 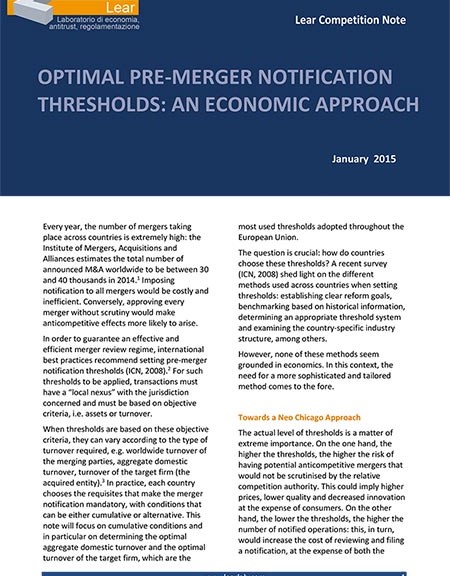 The level of pre-merger notification thresholds is a matter of extreme importance to guarantee an effective and efficient merger review regime. On the one hand, the higher the thresholds the higher the risk of having potential anticompetitive mergers that might not be assessed by the relative authority. On the other hand, imposing notification to all mergers would be costly and inefficient for both the competition authority and the merging parties. This note presents an economic approach to set the optimal pre-merger notification threshold and provides some initial thoughts to fill the literature gap on the topic. 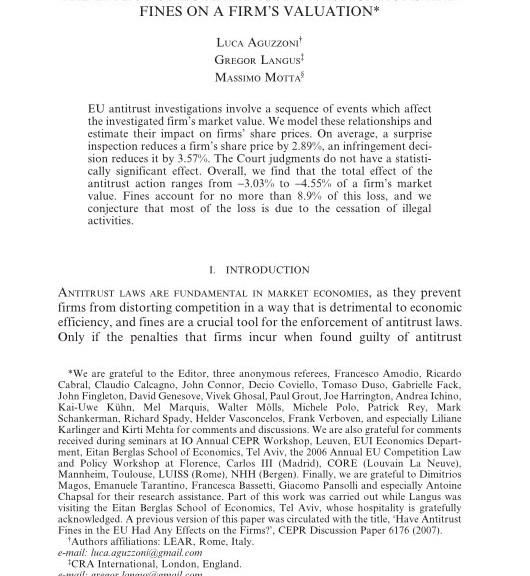 EU antitrust investigations involve a sequence of events which affect the investigated firm’s market value. We model these relationships and estimate their impact on firms’ share prices. On average, a surprise inspection reduces a firm’s share price by 2.89%, an infringement decision reduces it by 3.57%. The Court judgments do not have a statistically significant effect. Overall, we find that the total effect of the antitrust action ranges from -3.03% to -4.55% of a firm’s market value. Fines account for no more than 8.9% of this loss, and we conjecture that most of the loss is due to the cessation of illegal activities. 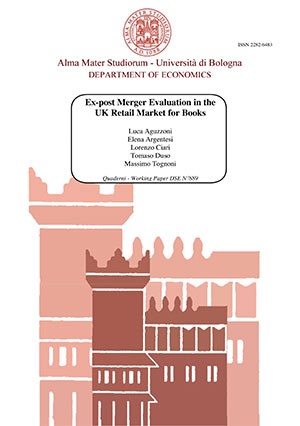