Leniency programs reduce sanctions for law violators that self-report. We focus on their ability to deter cartels and organized crime by increasing incentives to “cheat” on partners. Optimally designed “courageous” leniency programs reward the first party that reports with the fines paid by all other parties, and achieve the first best: complete and costless deterrence. “Moderate” leniency programs that only reduce or cancel sanctions may deter organized crime (a) by protecting an agent that defects from fines and from other agents’ punishment; and (b) by increasing the riskiness of crime/collusion, in the sense of Harsanyi and Selten (1988). 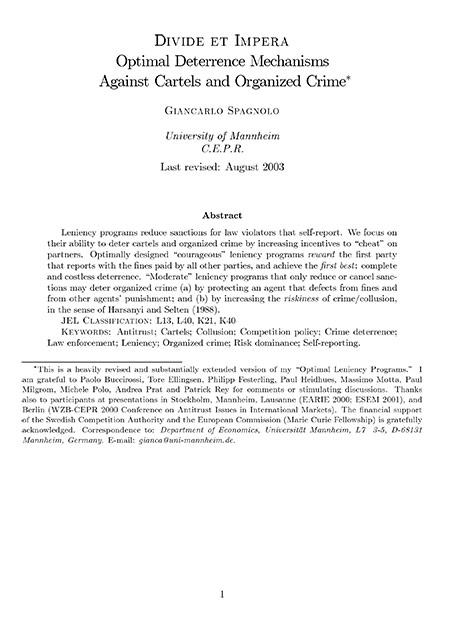